5 things to do in West End

Stuck for things to do this weekend? There’s lots happening in West End.

Open Doors at Ninja Unicorn
Ninja Unicorn offers desk rental for freelancers, entrepreneurs and self-employed creatives in Ruthven Lane. This evening they are opening their doors to anyone who is curious about what they do in an event sponsored by Arbikie Distillery. Come along and get to know the lovely gang; just make sure toRSVP to let them know you’re coming. 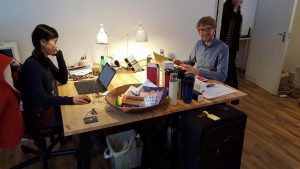 SOME OF THE NINJAS AT THEIR DESKS.

Cake and candy event
Ruthven Mews Arcade is celebrating their 6th birthday this year and are hosting a cake and candy event in support of Beatson Cancer Charity. On Saturday and Sunday, the traders in the arcade will be selling baked goods alongside other festivities. Come along for balloons, sweets and much more.

Ruthven Mews is a real gem with furniture (ranging from antiques to contemporary), collectibles and art all being housed under one roof. We’ve featured them in our blog previously and consider it one of West End’s best kept secrets. 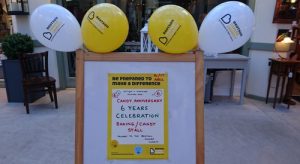 Catch A Play, A Pie and A Pint
Come along to Oran Mor on Saturday at lunchtime for this week’s performance, There Is Someone Who Hates Us. Set in Brazil, the play explores the relationship between two women, Cate and Maria. Having recently moved from Britain to Sao Paolo, Cate undergoes a crisis of confidence while Maria has to fight to keep her lover from losing touch with reality. For the price of £14, you get to watch the play accompanied by food and drink. 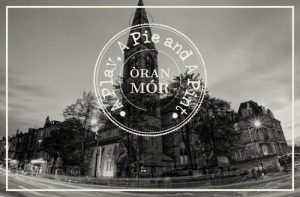 Instore gig at Oxfam Music
One of Glasgow’s best second hand music shops is putting on a special event this Saturday. Glasgow four-piece Killer Bangs are playing live, and you will also be met with vegan baking, special offers and the Oxfam DJ spinning tunes. This tiny shop will fill up quickly, so we suggest you arrive early to ensure entry to this free event.

See the world’s oldest comic
Comic Invention at Hunterian Art Gallery takes a look at how we tell stories with pictures. It features the world’s oldest comic, printed here in Glasgow, as well as some of the world’s most distinguished comic artists. Local hero Frank Quietly, known as the Rembrandt of comics, is honoured in the first extensive public display of his work.