Another side of comics 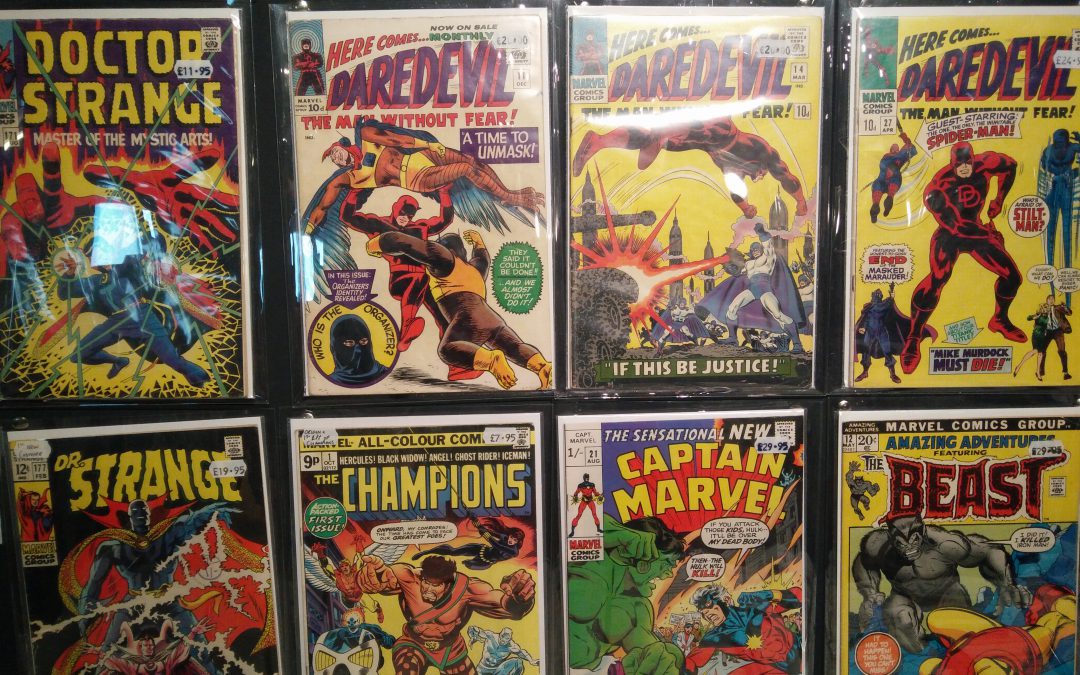 Did you know that the first ever comic was published in Glasgow? Neither did I, but in the latest exhibition at the Hunterian Art Gallery, visitors get a chance to explore a different form of art than you would normally find in a gallery.

Comic Invention opened last Friday, and explores the culture of comics. In light of this, I went to see Chris at City Centre Comics, the West End’s only comic book shop. The name might seem misplaced, but until four years ago, the shop was based on Parnie Street in the city centre. Currently, it resides in the eclectic Ruthven Lane, a favourite among many locals.

Chris has been a comic fan since a young age, having been introduced to them by his father. He met Pete, the founder of City Centre Comics, while working in A1 Comics. He later took over the shop, which has now been trading for almost twenty-five years.

Specialising in back issues, Chris stocks silver and bronze age comics, which were published in the 1960’s and 1970’s respectively. Originally sold for twenty cents, they now fetch a lot more than that. But it’s not just age determining the price; Chris tells me that the first issue of The Walking Dead, released as a limited edition in 2003, is now one of the world’s most expensive comics.

The Walking Dead is a good example of how comics have gained larger popularity after being transferred to the screen. Chris has seen the result of that, but points out that new fans often don’t look for back issues. Collectors are still the main customers of older, more expensive issues.

Scotland has produced several well-known comic book artists, including Mark Millar and Glaswegians Grant Morrison and Frank Quietly. The latter, described as ‘The Rembrandt of the graphic novel’, is a large part of the new Hunterian exhibition. It’s the first extensive public display of Frank Quietly’s original artwork, demonstrating the importance of his contribution to the world of comics.

Comic Invention is open until 17th July at the Hunterian Art Gallery. The exhibition is supported by several events, including a talk with Frank Quietly on 13th May. City Centre Comics can be visited at 37 Ruthven Lane. Visit their Facebook page to enter a Batman vs Superman competition, running until 27th March.