Please find below the annual report and annual accounts to 31 March 2018. The BID Annual General Meeting will take place at 5.30pm on 13 November in the main hall of Hillhead Library.

The BID’s annual report and accounts, dated 16 April 2016 – 31 March 2017, are now available to download in BID documents or by clicking the link below.

Businesses are advising the BID that the new parking arrangements in Dowanhill (covering both sides of Byres Road) are resulting in a decline in footfall and / or dwell time in shops. Whilst the parking charges are significantly lower than those in the city centre, and the maximum stay is three hours on Byres Road compared to two hours in the city, the imposition of the new parking regime appears to be having an overall negative impact on trade. The situation is not improved by parking meters that are not working; faults should be reported on 0800 37 36 35.

The discrepancies between the two sides of the road are causing some confusion. The Dowanhill zone operates Monday to Saturday, 08.00 to 18.00, whereas the Hillhead zone operates Monday to Friday, 08.45 to 17.15. Moreover, businesses in the Hillhead zone are unable to buy a business parking permit, so are obliged to use on street parking or the Lilybank car park, both of which are more expensive options.

We raised these issues with Land and Environmental Services at Glasgow City Council., and received the following response from Jamie Rodden, Group Manager, Traffic & Safety:

“I can advise that the previous proposals (for Hillhead) included the provision of business parking permits at a cost of £700 per annum, consistent with the cost of business permits in those areas of the city that have them. Also, resident and business parking permits would be able to be used in both the Hillhead, Dowanhill and Partick zones. However, the proposal was abandoned following a Court of Session challenge by Hillhead Community Council. This will be revisited in the future, however, unfortunately, at this time, we cannot offer business permits to Hillhead businesses.”

We will continue to lobby the Council on this matter. We will also be working with you to monitor footfall, which will be the subject of a separate communication.

Gift card – how to join 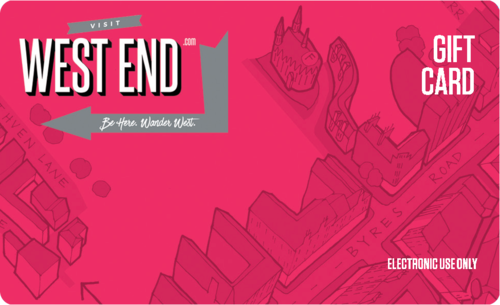 The BID launched a new gift card on 7th December.

Notice is hereby given that the Annual General Meeting of the Byres Road & Lanes BID Company Limited will be held on 29 November 2016.

We have been supplied with the following information from the council:

DIVERSIONS:
Diversions will be signposted on Street