When CCW decided to open a Glasgow store, they didn’t want a city centre location. Instead, they choose to come to the West End, opening their latest branch on Byres Road last year.

Founded in 1985 by husband and wife Liz and Bill Geddes, the first CCW opened in Callander, situated within the Loch Lomond and the Trossachs National Park. Thirty years later it’s still a family business, with daughter Emily running the Glasgow store, helped by her brother Ross. 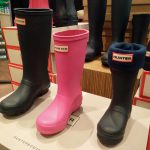 WELLIES FOR THE WHOLE FAMILY

CCW, short for Caledonia Country Wear, started out as an outdoor retailer. Over the years, the business has progressed into more functional fashion, though the store still offers typical trekking gear such as boots, backpacks and gloves.

As opposed to the Callander store, which sees plenty of tourists, the Glasgow branch is primarily visited by the local community. The location also makes a difference in terms of the products they sell: vibrant colours typically do better in Glasgow, whose residents tend to go for more for more fashionable items. Barbour, one of Britain’s most popular countrywear brands, is a bestseller in the West End. 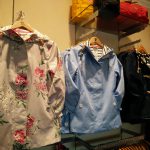 It has only been nine months since CCW came to Byres Road, but it has already become a well-known store in the area. West Enders like to support local businesses, many preferring to shop locally rather than going to the city centre.  It’s great to see retailers like CCW choosing Byres Road, recognising what a special place it really is.